Other research studies have shown that it can also increase nitric oxide production. You need nitric oxide in order to get erections. 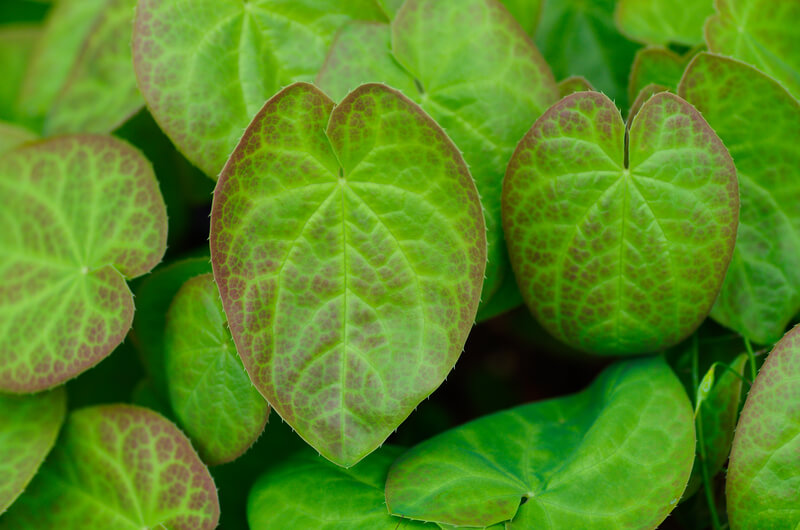 This plant is also known as Epimedium Sagittatum or Yin Yang Huo. It was first described in ancient classical Chinese medicinal texts, and it is believed to have been used for more than 3,000 years.

It’s a leafy plant which grows in the wild, most abundantly at higher altitudes. It’s an evergreen, hardy and perennial plant which normally grows on the forest floor.

It grows up to 20 inches in height, normally has yellow or white flowers (although these can also be of other colors) and huge, spear-shaped, glossy and green leaflets, up to 6 inches in length.

The plant is endemic to China, with smaller numbers grown in Korea and elsewhere in Asia, as well as in the Mediterranean region. 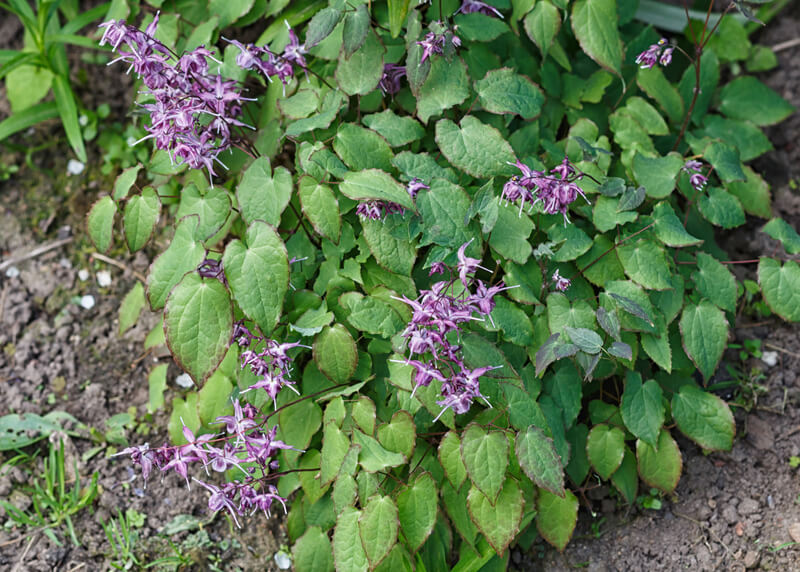 Legend has it that many years ago, a shepherd took his goats up to the mountains where they could find lush grass and other vegetation to eat.

After some time of grassing happily, the shepherd noticed a strange change of behavior in the goats.

From eating and minding their own business, they started showing more attention to each other. Shortly thereafter, they were making noises. And then some of the goats started mating.

The shepherd was stunned! This was not normal. Why did the goats all of a sudden get frisky and start copulating? 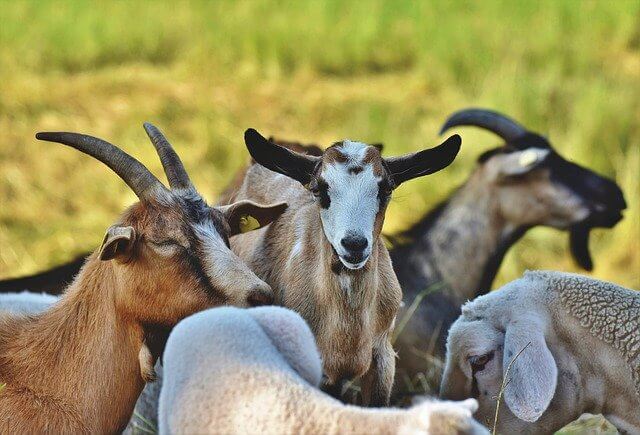 The part of the plant that is normally used for the various dietary and medicinal purposes, are the leaves. 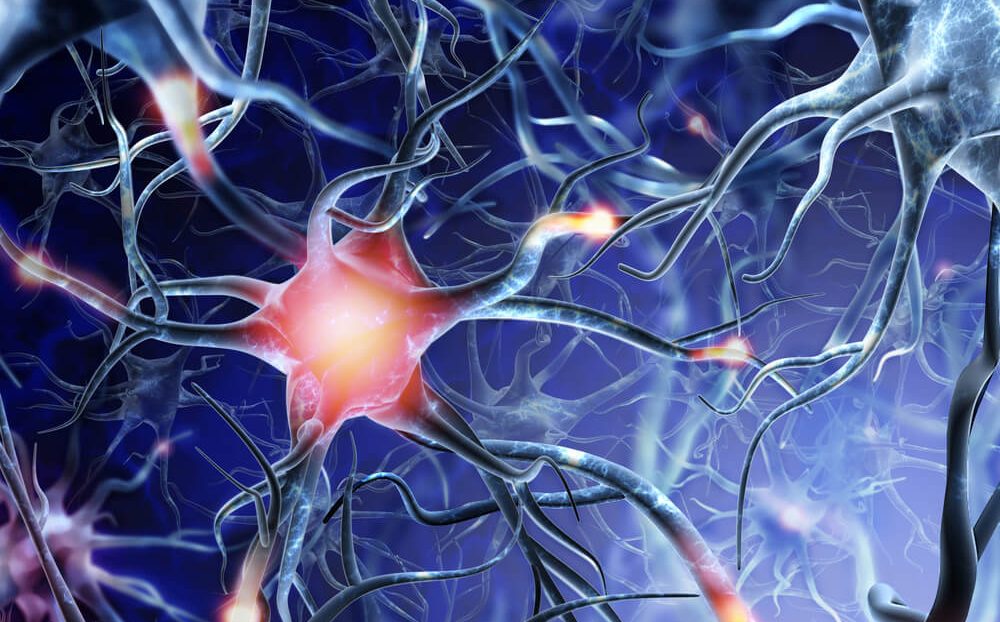 When these smooth muscles start to relax, they give up the squeeze around your blood vessels.

Which means that blood can flow into your penis, fill it up and produce an erection.

What PDE5 does is to break down your cGMP. 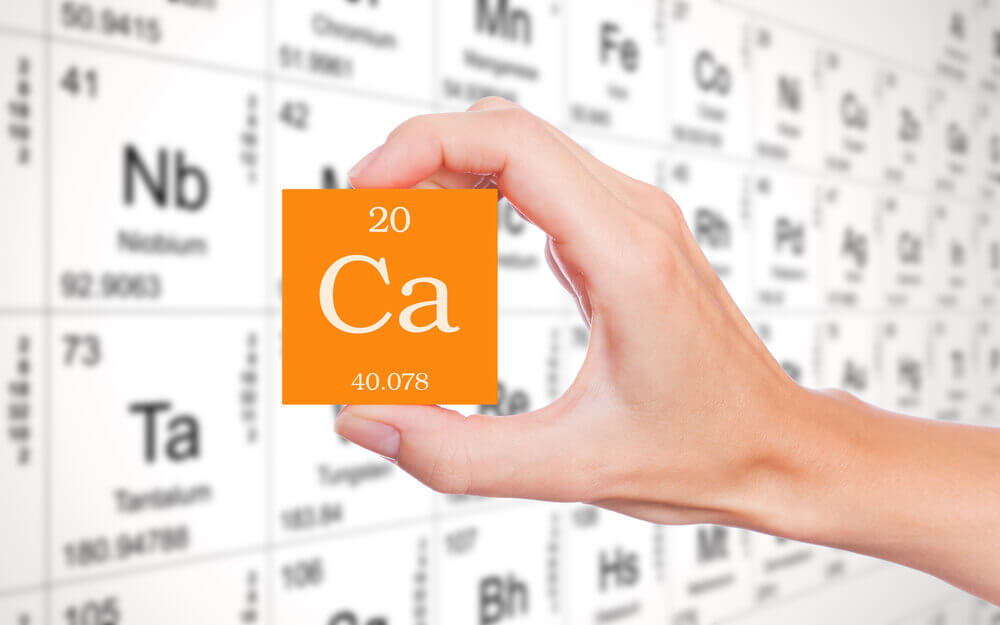 So PDE5 stops erections from happening.

This is where icariin enters the picture:

Icariin acts as a PDE5 inhibitor. This means that it slows down or stops PDE5 from doing its job.

As icariin makes PDE5 less effective at breaking down cGMP, more cGMP will remain in the smooth muscles of your penis.

Pharmaceutical drugs such as Viagra, Levitra and Cialis are able to treat erectile dysfunction in this exact way: They are all PDE-5 inhibitors. 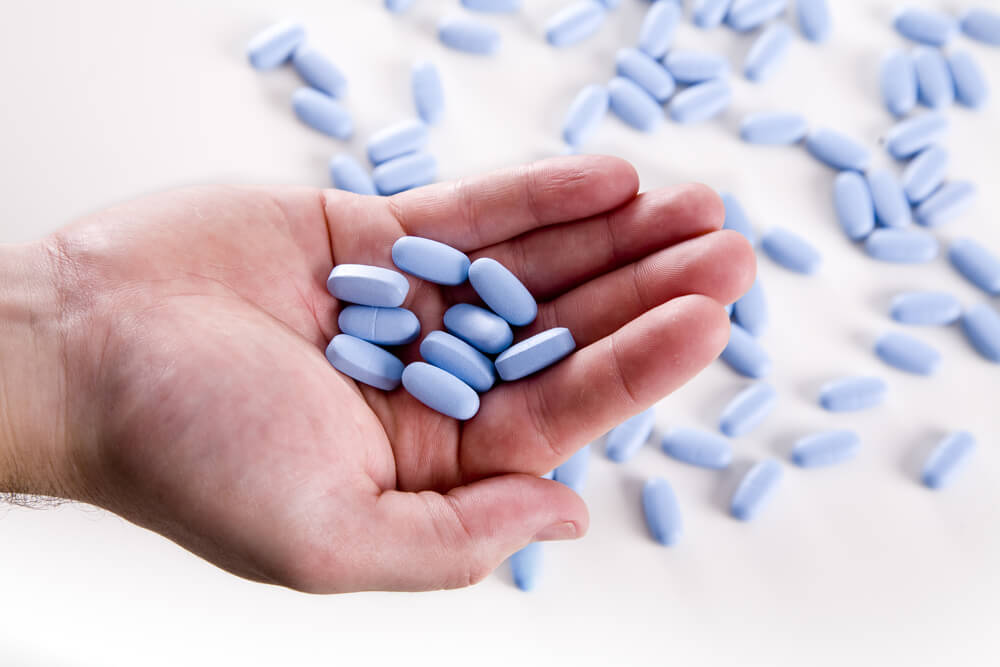 However, the effect of icariin is significantly less potent than the effect from the pharmaceutical drugs.

Another study found that Sildenafil (Viagra) was about 10 times more effective than icariin at increasing cGMP (see below for research study).

Which in theory means that you should get the same effect as you get from these pharmaceutical drugs, by taking somewhere between 10-80 times the amount of icariin.

If 25mg of Viagra is what it takes for you to get an erection, in theory, a dose between 250mg and 2,000 mg of icariin should give you the same effect. 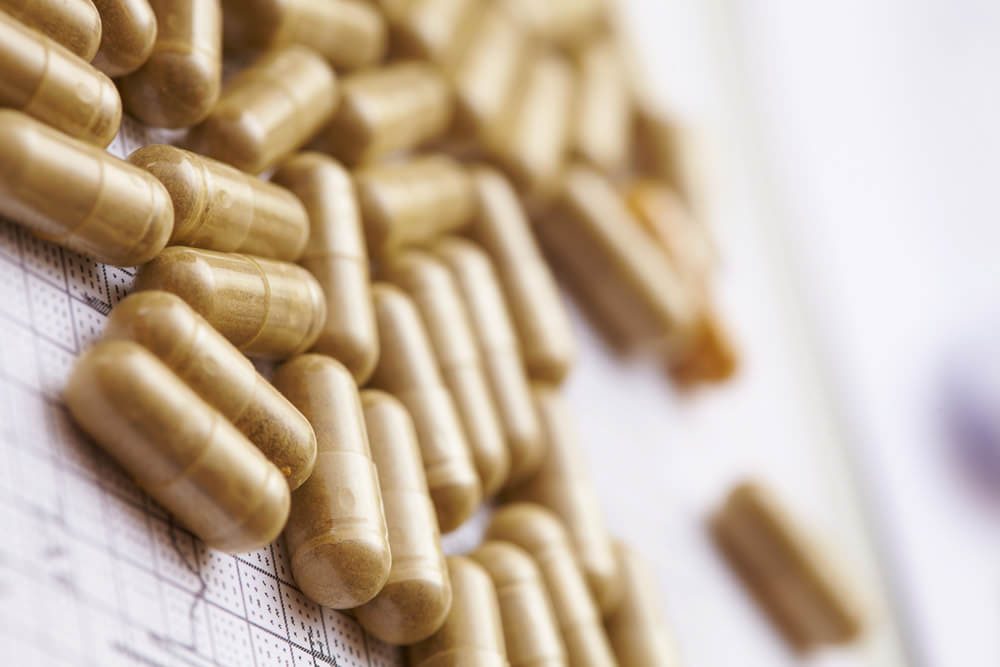 In the above section, we learned why nitric oxide is so important in order to get erections.

If you don’t produce enough nitric oxide, you will find it practically impossible to get erections.

Icariin has demonstrated that it can make the enzyme called nitric oxide synthase, more effective at producing nitric oxide.

Nitric oxide synthase is an enzyme that sits inside your blood vessels and produces nitric oxide.

When this enzyme is more effective at producing nitric oxide, it means that more nitric oxide can be produced. 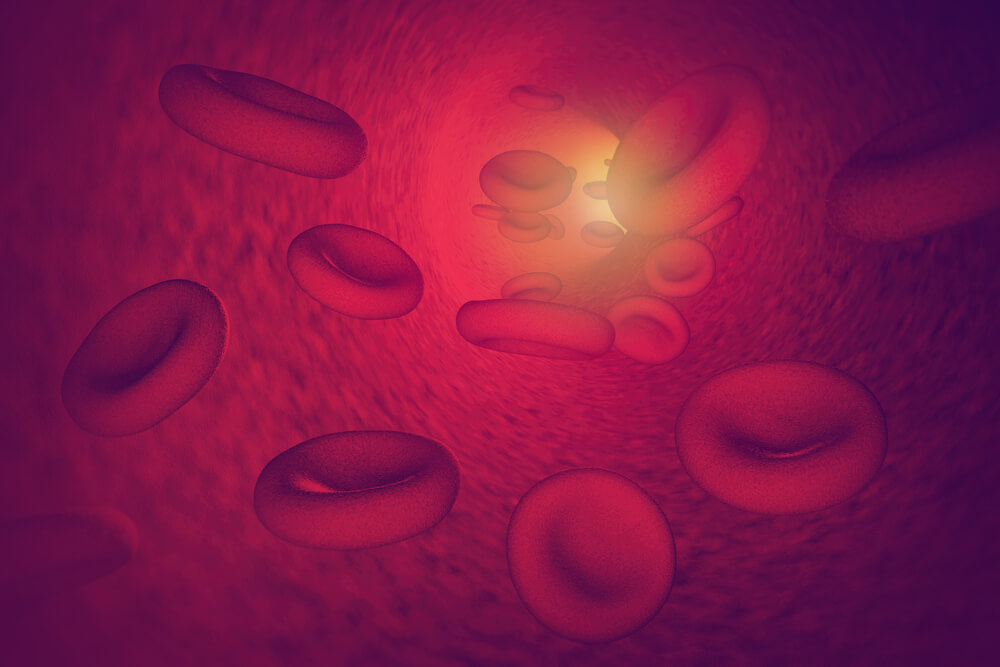 With low testosterone, you are more likely to struggle with erectile dysfunction and a low libido.

In addition, testosterone is paramount for production of both nitric oxide and dopamine, two other components that are crucial for functioning sexually.

And also by upregulating certain genes that facilitate the manufacturing of testosterone.

Also, if you want to learn how to boost testosterone naturally and permanently, you can read this guide. 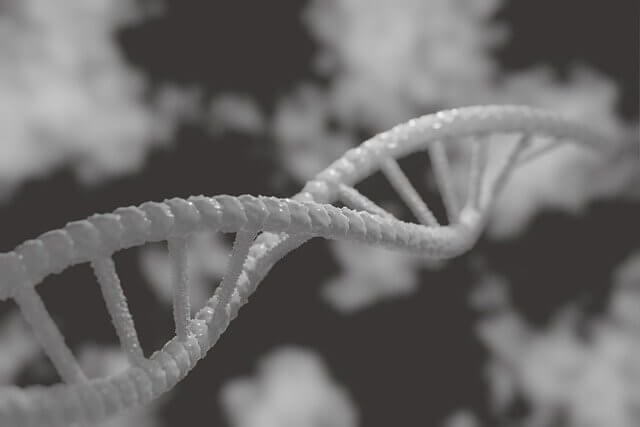 Or at least, all the relevant scientific evidence that I am aware of.

With this information at hand, you can better draw your own conclusions.

What you will find, is a summary of the key findings from these scientific studies. And you find a link to the studies, should you want to read the actual studies yourself. 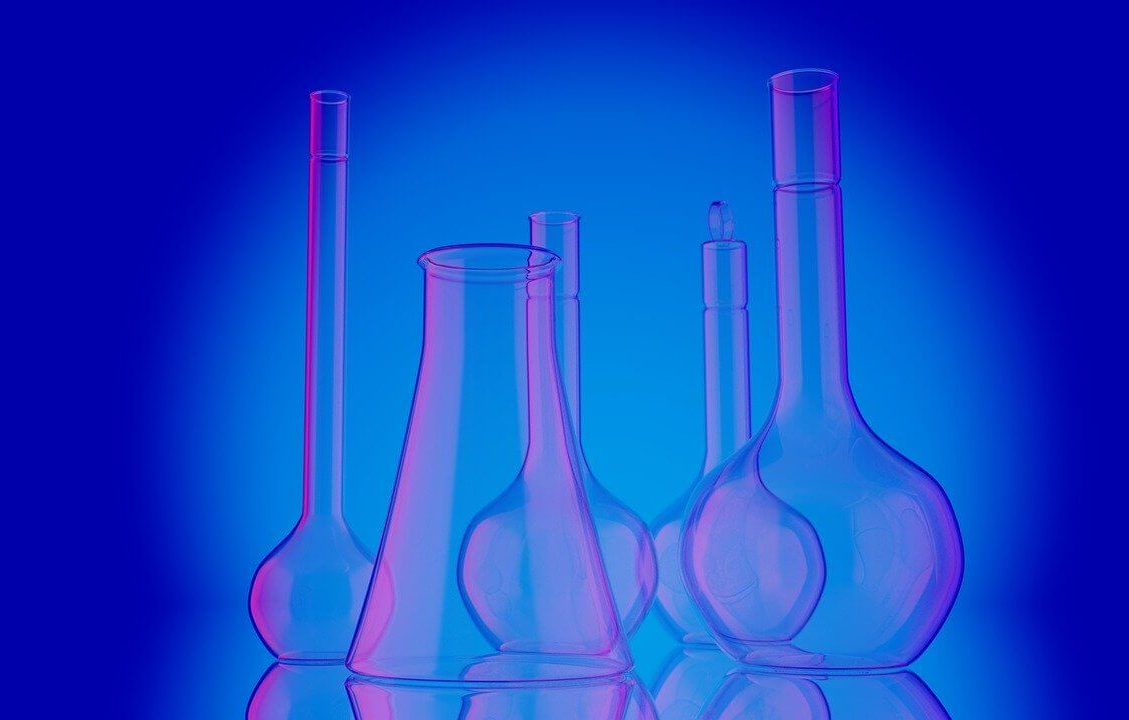 The aim of this study was to investigate the possible roles of icariin in preventing testicular dysfunction caused by di(2-ethylhexyl) phthalate (DEHP), one of the most studied environmental endocrine disruptors.

Cultured mouse Leydig cells were pretreated with icariin and exposed to DEHP to determine icariin’s effects. 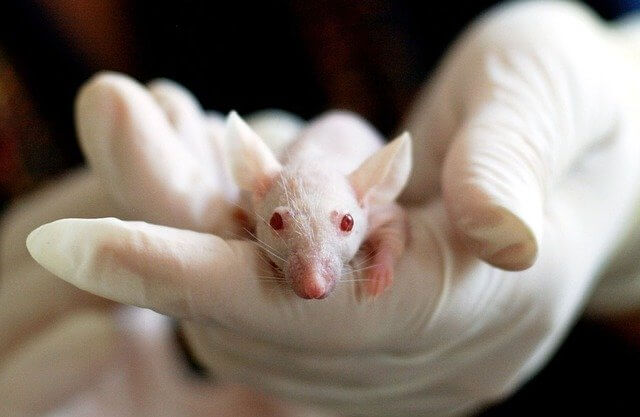 Effects of Icariin on Reproductive Functions in Male Rats.

The purpose of this study was to investigate the effects and potential mechanism(s) of action of icariin on the reproductive functions of male rats.

Testosterone levels increased significantly with increasing icariin dose from 50 to 100 mg/kg. However, no statistically significant difference was detected between the control and 200 mg/kg icariin-treated group. This suggests that higher doses of icariin do not increase testosterone production.

The study suggested that icariin may be involved in testosterone production via mRNA expression regulation of genes. 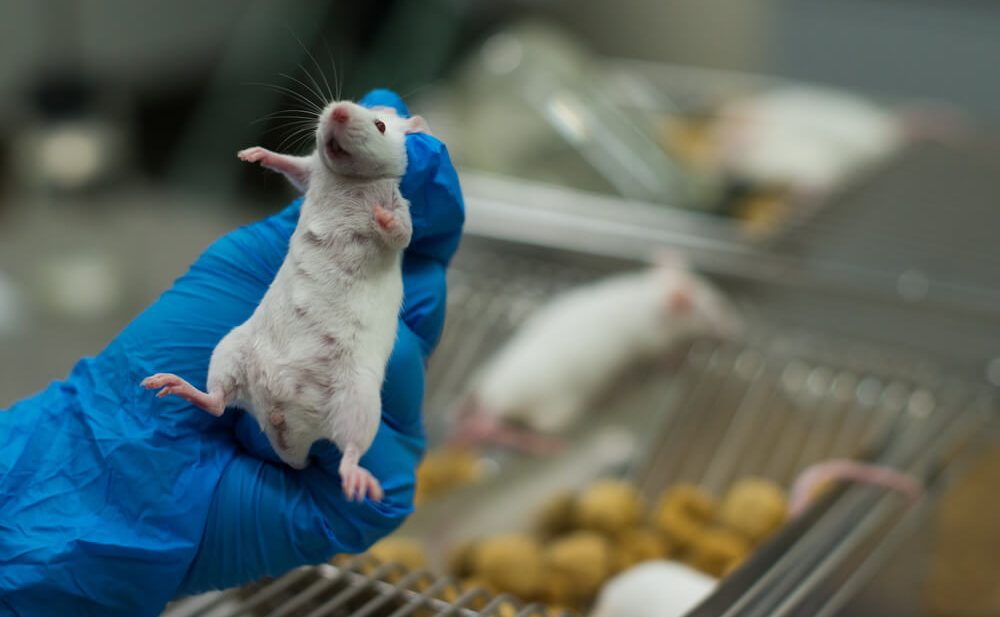 The purpose of this study was to investigate the effects of icariin in the penis of streptozotocin-induced diabetic rat.

A group of rats were first treated with streptozotocin to cause damage to their insulin production. They were then treated with icariin doses of 1, 5, or 10 mg/kg, or a placebo, for 3 months. 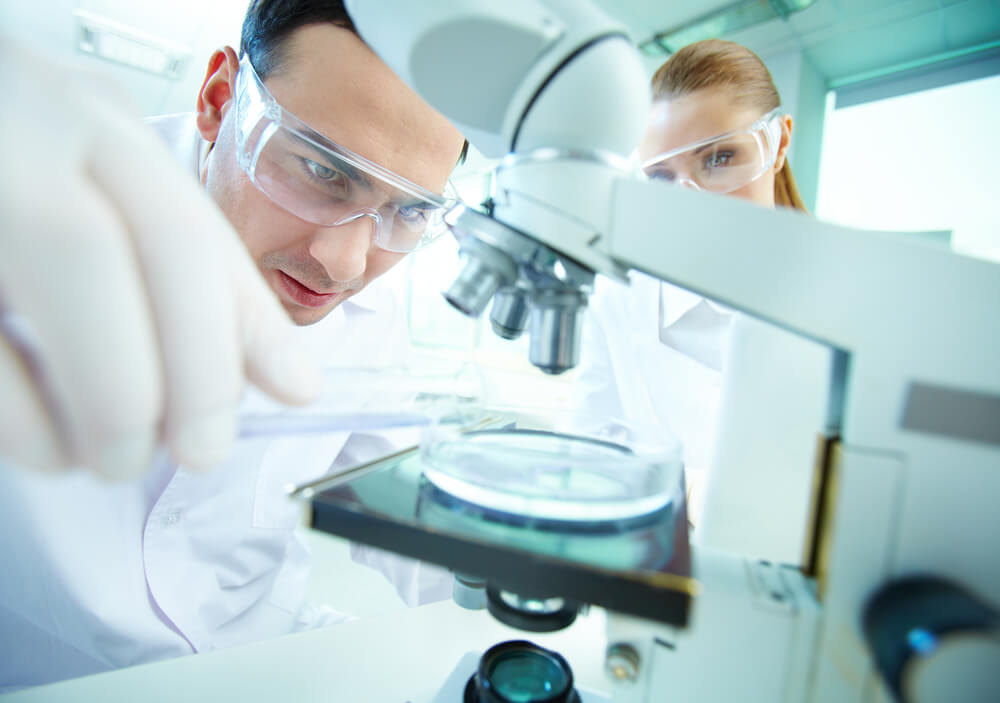 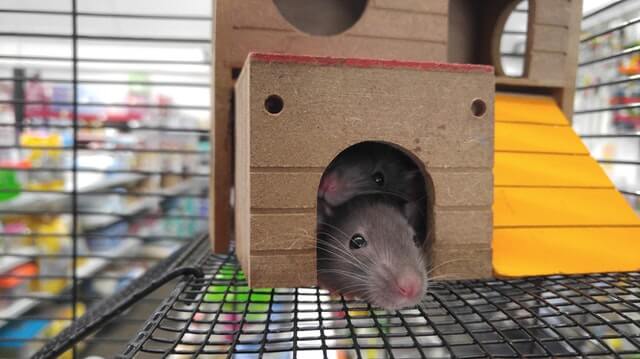 Only E. brevicornum extract and its active principle icariin was active.

The study also found that icariin was about 80 times less potent than Sildenafil (Viagra). 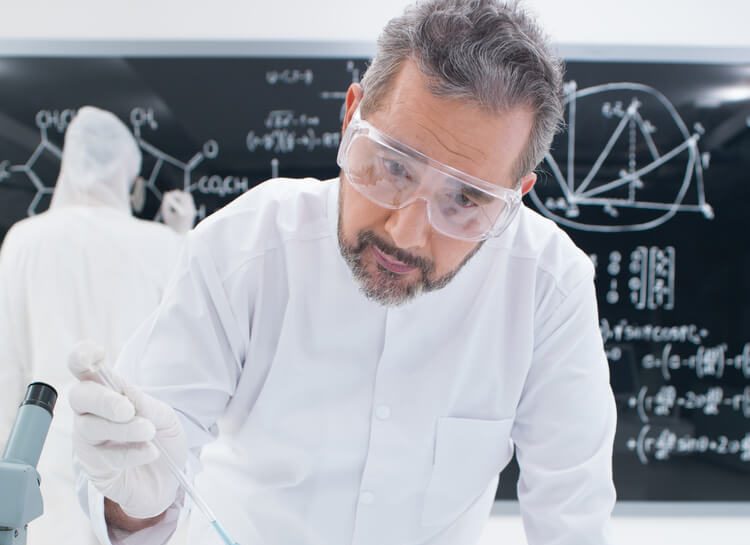 The goal of this study was to investigate the effect of icariin on the cyclic guanosine monophosphate (cGMP)-hydrolytic activity of phosphodiesterase-5 (PDE5) isoforms and the cGMP levels in cavernous smooth muscle cells treated with sodium nitroprusside (SNP).

3 PDE5 isoforms were isolated from insect cells and treated with icariin.

Also, cavernous smooth muscle cells were isolated from 3-month-old rats, and then treated with icariin.

Icariin was inhibitory to all three PDE5 isoforms. And icariin was able to enhance cGMP levels in the SNP-treated rat cavernous smooth muscle cells.

Effect of icariin on cyclic GMP levels and on the mRNA expression of cGMP-binding cGMP-specific phosphodiesterase (PDE5) in penile cavernosum.

The purpose of this study was to assess the effects of icariin on the in vitro formation of cGMP and cAMP in isolated rabbit corpus cavernosum.

The effects of icariin on the mRNA expression of specific cGMP-binding phosphodiesterase type V (PDE5) in rat penis were also observed.

Isolated segments of rabbit corpus cavernosum were exposed to increasing concentrations of icariin, and the dose-dependent accumulation of cGMP and cAMP were determined.

Outcomes were compared to those obtained using Sildenafil (Viagra).

The study found that icariin increased cGMP concentrations with increasing dose, and that icariin was about 10 times less potent than Sildenafil (Viagra).

The study also found that icariin was able to inhibit PDE5. 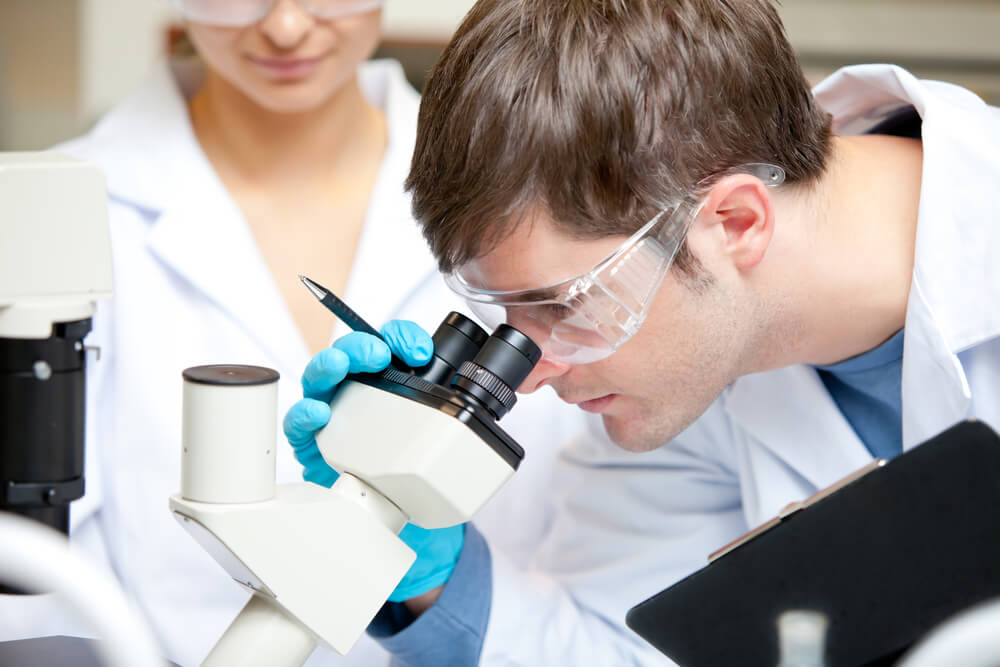 The testosterone mimetic properties of icariin.

The aim of this study was to analyze the testosterone mimetic properties of icariin.

This study involved 48 rats. The rats’ reproductive system was initially damaged by a toxin.

A subset of the rats were then given 200 mg/kg icariin for 7 days.

The study found that icariin improved the condition of reproductive organs and increased the circulating levels of testosterone. 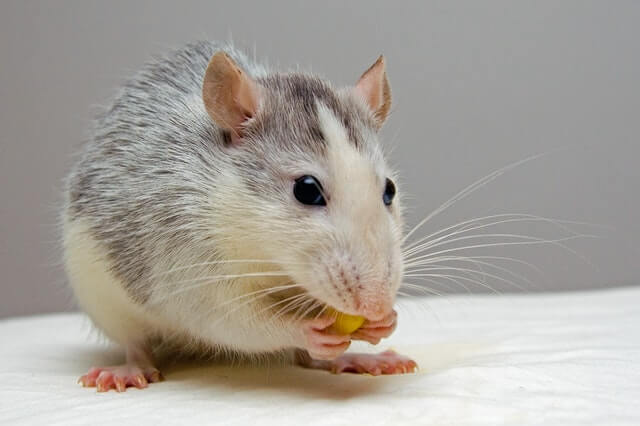 Effects of icariin on erectile function and expression of nitric oxide synthase isoforms in castrated rats.

The aim of this study was to investigate the effect of icariin on erectile function and the expression of nitric oxide synthase isoforms in castrated rats.

This study involved 32 castrated rats. The rats were administered 1 or 5 mg/kg icariin, or a placebo, for four weeks.

The study showed that both 1mg/kg and 5mg/kg icariin increased the pressure in the corpora cavernosa (the main erectile structure of the penis), increased the amount of smooth muscle tissue in the penis, and increased nitric oxide activity, after 4 weeks of treatment.

There was however no statistically significant increase in testosterone levels in the rats. 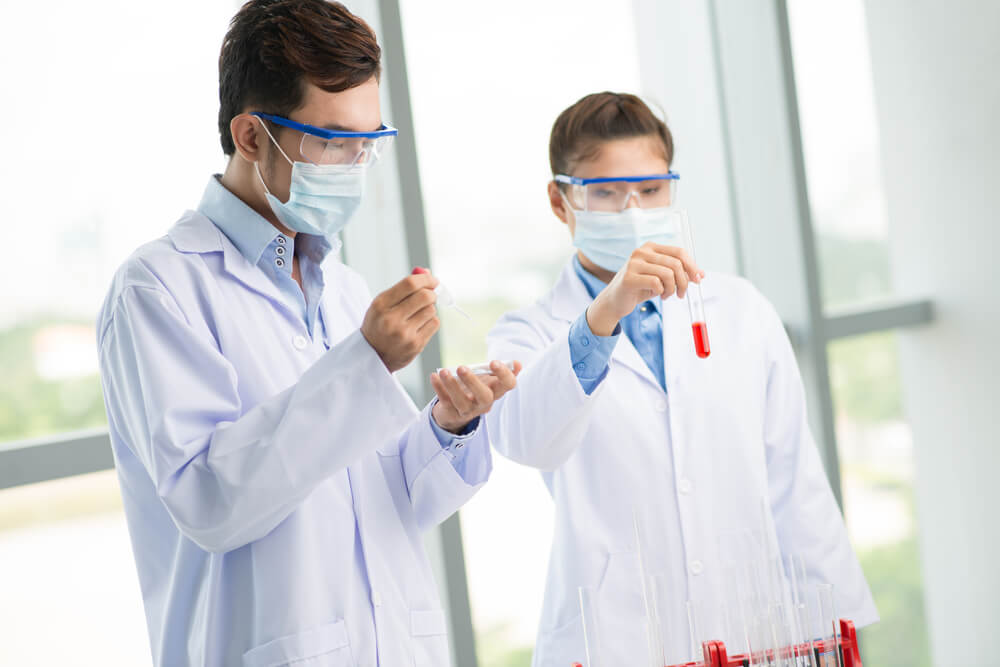 Effects of icariin on the erectile function and expression of nitrogen oxide synthase isoforms in corpus cavernosum of arterigenic erectile dysfunction rat model.

The objective of the study was to analyze the effects of oral administered icariin on intracavernosal pressure and on expression of the nitrogen oxide synthase isoforms in corpus cavernosum of arteriogenic erectile dysfunction rat model.

The study concluded that icariin was able to increase intracavernosal pressure, and also increase nitric oxide synthase expression in the rat penis, after 30 days. 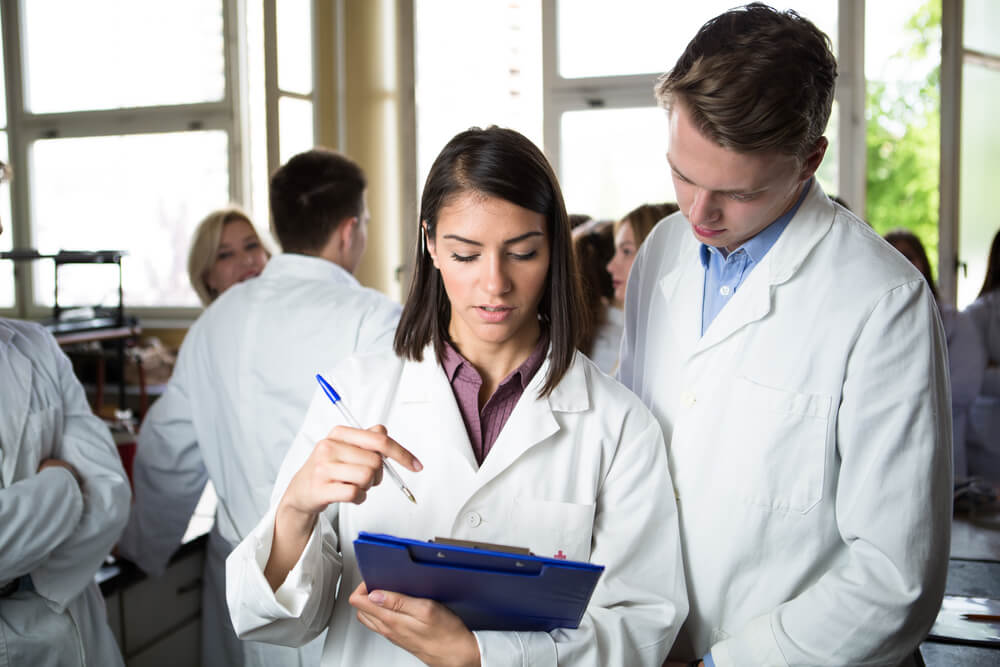 The aim of this study was to clarify the mechanism of the therapeutic action of icariin on erectile dysfunction.

The study was done on humans and rats. PDE5 was isolated from the human platelet and PDE4 from the rat liver tissue.

The study concluded that Icariin is a cGMP-specific PDE5 inhibitor that may be developed into an oral effective agent for the treatment of ED. 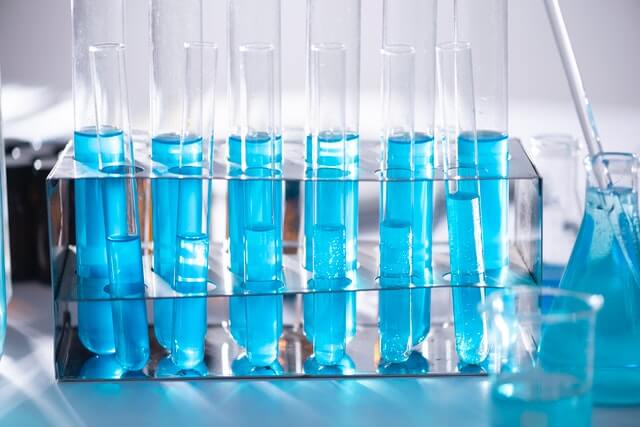 Icariin is used by some body-builders to boost testosterone, and thereby make it easier to build muscle mass.

Research studies have also indicated that icariin has a positive effect on reducing cortisol levels. Cortisol is a hormone that is ‘an enemy’ of testosterone, meaning more cortisol normally means less testosterone.

Also, some animal studies have indicated that icariin may work like an adaptogen. An adaptogen works to restore systems in the body that are out of balance, without causing harm to other systems.

It has also been used to boost the immune system, and to help people recover from strokes. People has also used it as an antioxidant.

Icariin has also been suggested to have anti-inflammatory, antiosteoporotic, and neuroprotective properties. 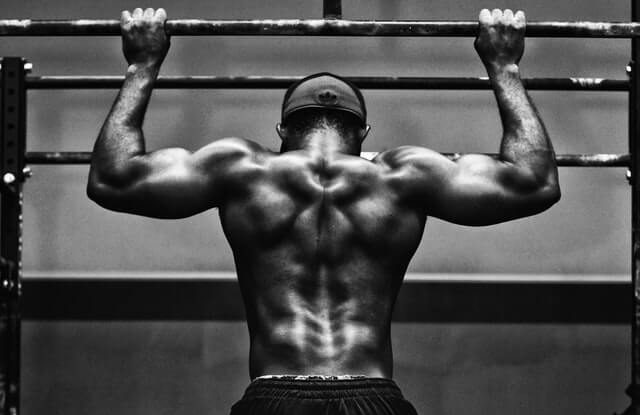 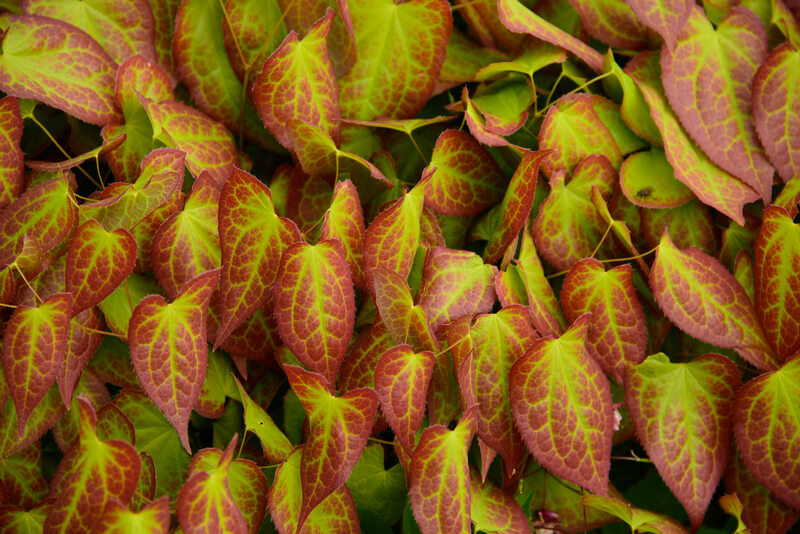 It made sex a tiny bit more pleasurable – I could feel a little extra kick. It may have also made it slightly easier to get erections. But I was not able to replicate this effect consistently, and I therefore found the supplement of little use back then.

When I buy supplements, I normally always buy them in powder form. 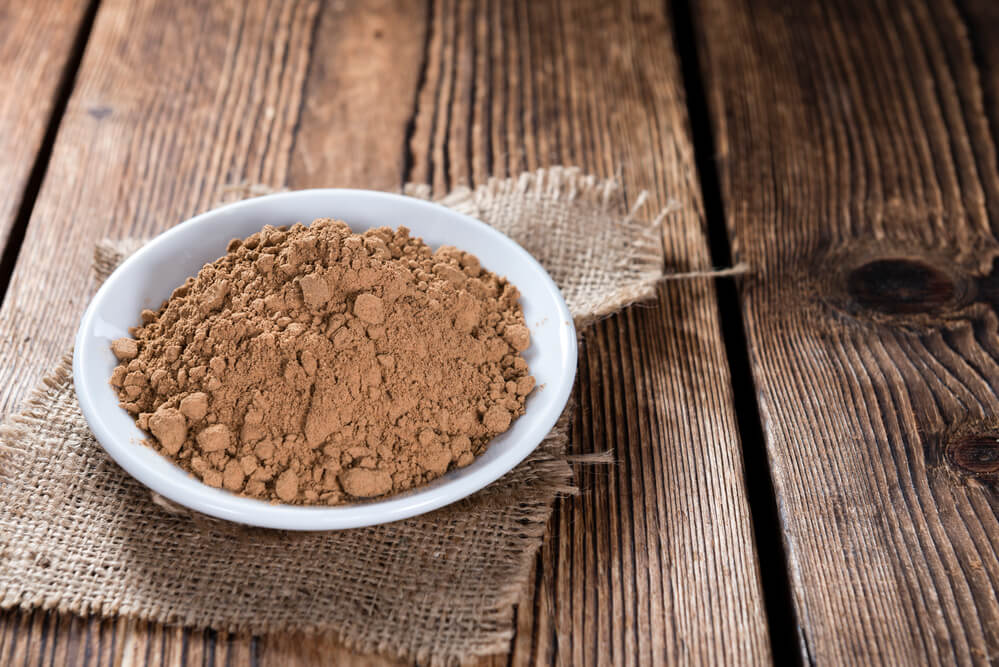 Supplements in powder form are normally fresher (newer), purer and of better quality.

I also like to see a certificate from the manufacturer, stating that the supplement is pure and that it does not contain toxins.

And I take it 1-2 hours before sex. Before, I mixed an un-topped tablespoon (about 7 greams) in water and drank it.

To me, the taste is rather bitter and not particularly pleasant. Although not as bad as the taste of Tribulus Terrestris or Tongkat Ali.

If you want to purchase capsules and a capsule making set, you find them here. 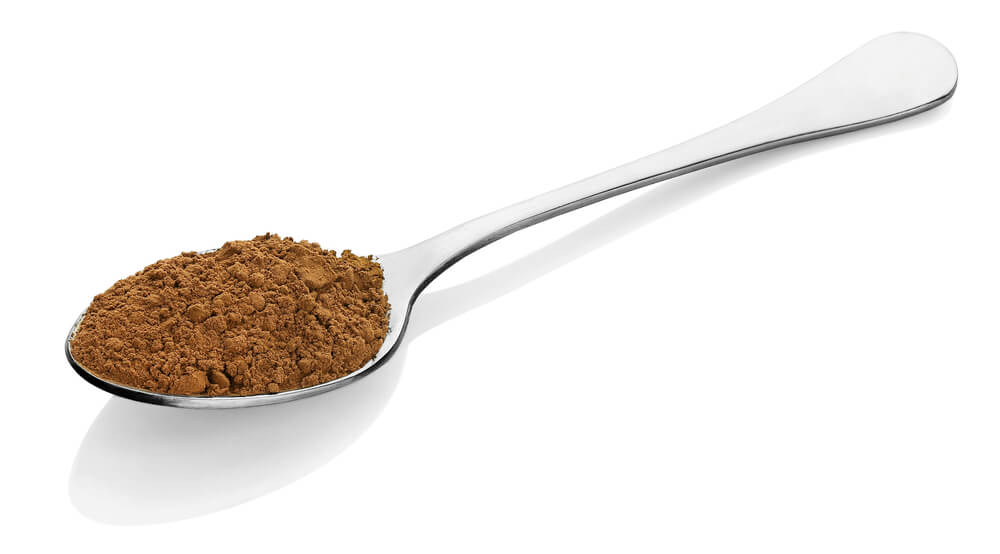 The first effect is a slight jump in libido. This effect is not particularly pronounced, but I often feel that I get slightly more sexually charged.

The second effect is that my erections become firmer, harder and fuller. My erections normally also last pretty much for as long as I want.

Also, if I stop sex and restart a few minutes later, I normally get erections super easily.

The last effect is an increase in the pleasurable sensations I get from sex. In other words, the sensations from sex are amplified and more enjoyable, and my orgasms are more intense. 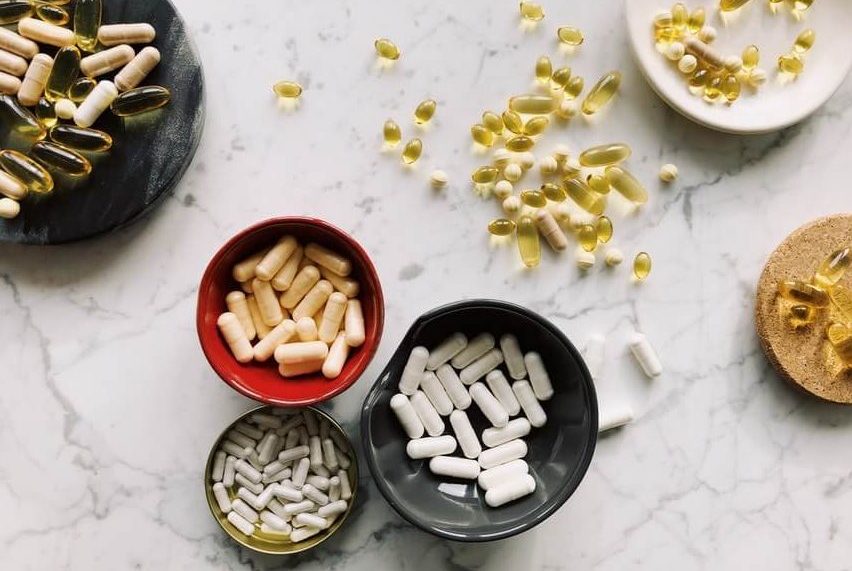 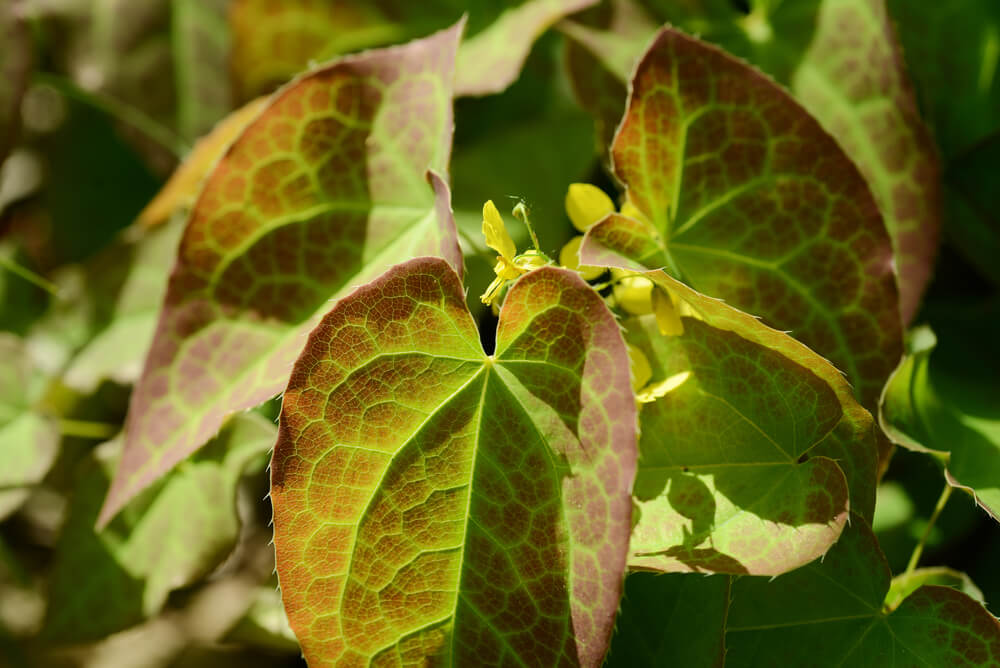 I am not a doctor and I don’t know for sure whether this is indeed safe.

Neither have I seen sufficient evidence from research studies about safety and potential negative effects.

That said, one of the research studies above indicated that 200 mg/kg of bodyweight had a negative impact on rats. For a man of 80kg, that would be a dose of 16 grams.

I have taken it on multiple occasions over several years, and not a single time have I experienced negative side effects.

However, your body may react differently to the supplement than my body does.